Celebrated on 4th January, the World Braille Day aims to create awareness regarding the importance of having Braille as a method of communication while it plays an essential tool in the empowerment of the blind and visually impaired. This day was acknowledged by the United Nations General Assembly in November 2018. This day also marks the birthday of Louis Braille, the man behind the creation of this reading and writing system. 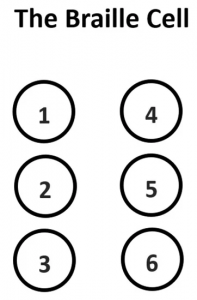 Braille method has been around for a long time, there are endless researches being conducted to make this method of communication more efficient, the implementation of artificial intelligence methods have been conducted to improve the efficiency of two way communications between the visual world and those visually impaired while also allowing them to achieve simple day to day tasks at much ease. The best example would be the research conducted by the Cheng Shiu University on Braille Recognition for Reducing Asymmetric Communication.

The WHO estimates that there are about 38 million people who are blind and another 217 million who are visually impaired. An estimate by the National Federation of the Blind states that fewer than 10% of the legally blind citizens in the US are familiar with the use of braille. While braille literacy seems to have a decline, our dependence on devices with assistive sounds for the blind have increased. Even then it might not be enough. Braille looks completely different from usual printed characters. Every letter or character in Braille is enclosed in a cell.

Therefore, a method was developed to recognize Braille characters and convert them to their English equivalent. The process can be br

oken down to three key steps: image acquisition, cell segmentation and braille-to-text translation. Once the dots are separated from the background and mapped, the identification is done by having binary codes for each braille cell which is then converted to decimal using the formula.

A convoluted neural network(CNN) is then used for the image classification and recognition. The entire process can be written in the following pseudo code.

Similar numerous researches are being conducted to bridge the gaps that exist in methods of communication. In the end, machine learning and AI play a significant role in improving these methods and a few lines of code continue to dictate the ways of life.